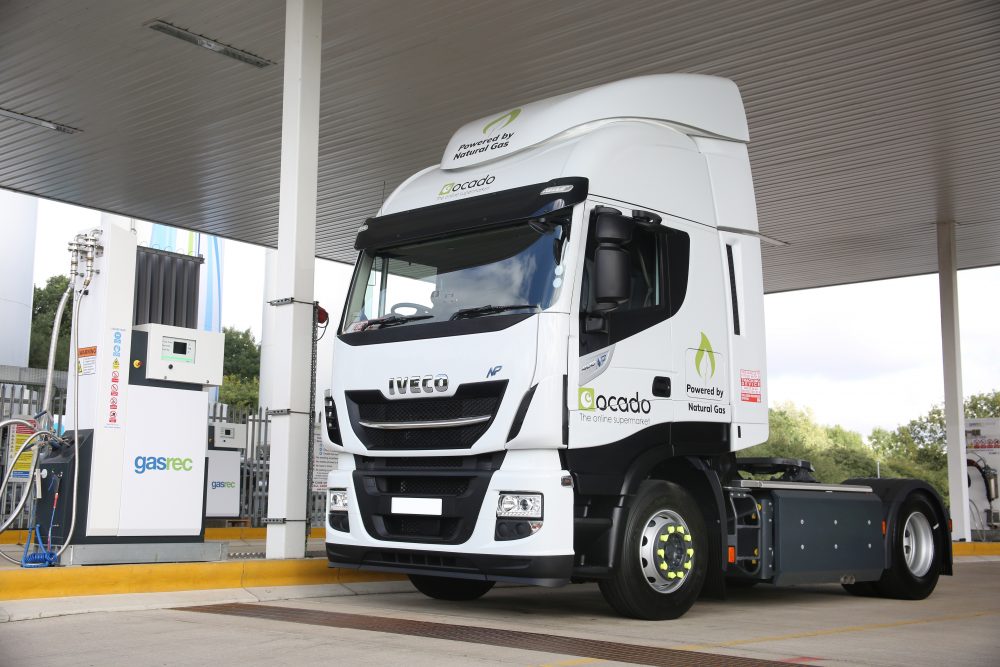 Ocado Group has reaffirmed its transition to alternative fuels by signing a deal to open a further natural gas refuelling station at its Dordon Customer Fulfilment Centre.

In January 2019, the online supermarket became the first UK retailer to self-fund the purchase of an onsite grid-connected gas refuelling station at its depot in Hatfield.

The new facility at Dordon is due to open in Q2 2022 and will again be designed and built by Gasrec – the UK’s largest supplier of gas to the road transport sector – to fuel the 10 Compressed Natural Gas (CNG) tractor units already running from the site and allow for the remaining Dordon tractor fleet (70 total) to transition from diesel to blended biomethane.

Graham Thomas, Fleet Operations Manager at Ocado Group, says: “The results we have seen since beginning our switch to gas have been fantastic and shown that we are on the right path to a cleaner, more environmentally-friendly future.

“This new facility at Dordon will allow us to get more gas trucks on the road and access delivery routes further up the country with our CNG fleet.”

The facility at Dordon will be a tanker fed operation, with Ocado signing a 10-year supply agreement with Gasrec. With 60 natural gas-powered trucks operating from Hatfield and Dordon, this latest development will allow Ocado to more than double their total CNG units over the next three years, with over two thirds of its total fleet running on natural gas.

“We are committed to transitioning away from diesel and the performance of the IVECO gas trucks we have in service, as well as the resilience of the facilities and support Gasrec has provided for us so far, has only strengthened our conviction,” adds Thomas.

Environmental benefits of switching to natural gas include 99 per cent fewer particulate emissions and 70 per cent less nitrogen oxide than the latest diesel standard. Natural gas-powered vehicles are also, on average, 10db quieter than diesel vehicles, significantly reducing their impact in residential areas.

Gasrec currently supplies a minimum 50 per cent biomethane blend to Ocado, meaning significant reductions in CO2 output – up to 68 per cent across the fleet calculated from the total amount of biomethane used. Going forward, the mix of biomethane is being increased, making further inroads to cleaner transport.

James Westcott, Chief Commercial Officer at Gasrec, says: “Ocado Group continues to take great strides in reducing the carbon footprint of its transport operation. We have built a fantastic working relationship with them over the past few years and are delighted they have chosen us again to build and deliver the new refuelling site in Dordon.”