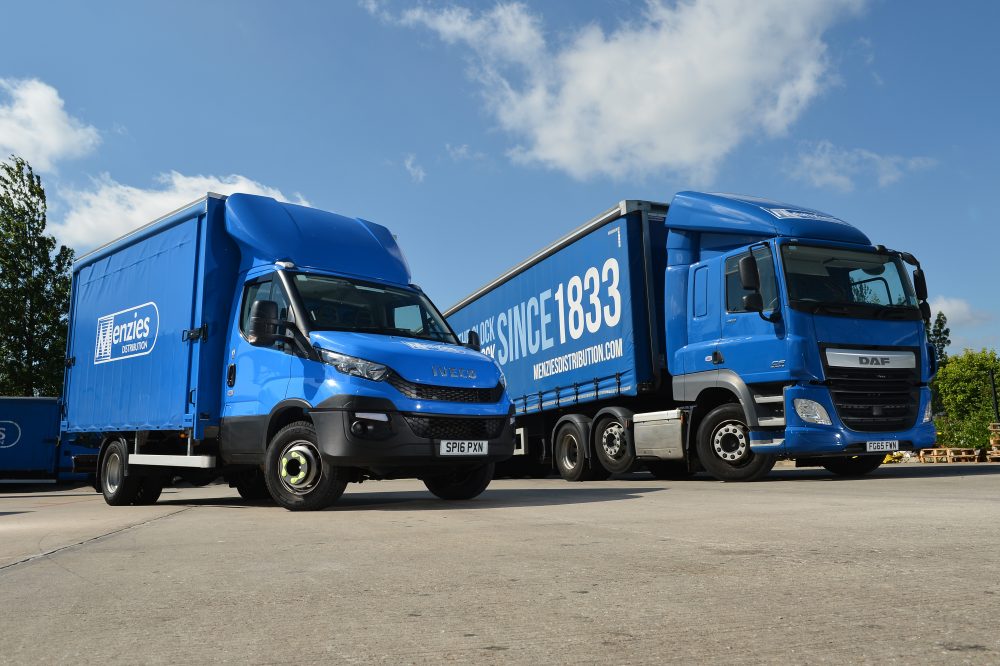 Fraikin has cemented and grown its relationship with Menzies Distribution following the signing of a new five-year contract.

The new full-service contract hire agreement will see Fraikin provide 50 new trucks and vans to the distribution and logistics company, which has trusted in Fraikin’s outstanding reliability and flexibility since 2005.

The new vehicles, which include 37 replacement vehicles and 13 additional assets, will be used primarily for the company’s core business, which is the distribution of newspaper and magazines. Fraikin has supplied a diverse fleet ranging from Iveco New Daily 6.5 and 7-tonne vans, to Iveco Eurocargo 7.5 and 18- tonne trucks, a MAN 6×2 tractor unit, a Montracon 45′ curtainside trailer and a Mercedes Antos 26-tonne rigid, which will be based at Menzies Distribution depots throughout the UK.

Allan Hughes, Menzies Distribution Transport and Logistics Manager, says: “Newspapers have such a limited shelf life that they can’t afford to be even a few hours late. Our drivers make deliveries all through the night to remote areas, especially in Scotland, so we need a fleet we can rely on that is supported across the country at all hours.

“On top of this, our business is also diversifying, as we have recently made some big acquisitions and moved into other logistics areas. Fraikin understands this and has been able to provide us with the flexibility and reliability we need. As a long term customer we know we can rely on the Fraikin team to deliver.”

Any maintenance and repairs will be carried out at one of the numerous Fraikin branches situated throughout the UK, as well as through the company’s extensive network of third-party service providers.

The Menzies Group – one of Scotland’s largest companies– was established in 1833 with its head office in Edinburgh. Today the company is an international operation with businesses in Europe, North and Central America, South East Asia, Australasia and Africa.

James Boley at Garnett Keeler PR on 020 8647 4467 or by email to james.boley@garnettkeeler.com