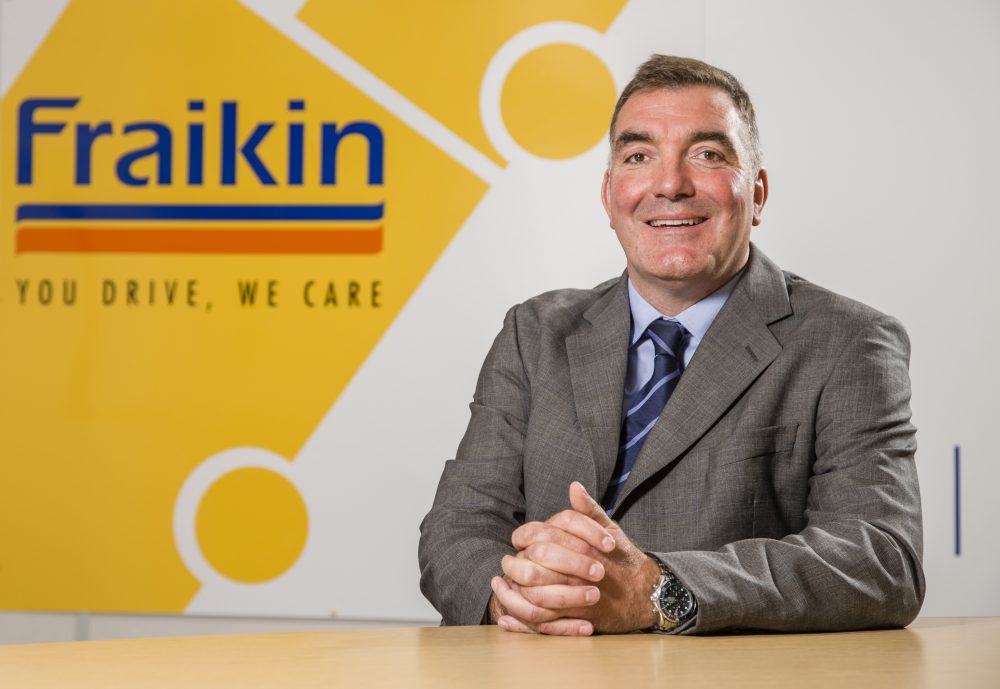 Fraikin Ltd has appointed Ed Cowell to the new post of Chief Executive Officer with a brief to spearhead the company’s continued growth in the commercial vehicle contract hire, fleet management and rental sectors. His appointment follows that of Bryn Thomas, who has taken over as Chief Finance Officer.

His career began with the British Army in 1991, successfully completing the Joint Services Advanced Command and Staff Course, and serving in Northern Ireland, Germany, the Middle East and Africa. Upon leaving the armed forces in 2007 he joined Barclays Private Bank for two years, before transferring to G4S, where he has held a number of senior roles, including International Account Director and Global Sales Director for the risk management business.

Commenting upon his appointment, Cowell says: “The UK is a major market for the Fraikin Group and one which offers significant potential for continued growth. The opportunity to work closely with such a strong team was a key driver in accepting the role as CEO.

“I’m looking forward to introducing new ideas and playing a key part in shaping the next chapter in Fraikin’s near 40-year UK history. I’m confident my breadth of experience, and in particular my time on the senior executive management team at Speedy, will hold me in good stead.”

Cowell, who is married with three children, will report directly to Pierre Louis Colin, CEO of Fraikin Group in Paris.

Thomas is a Fellow of the Institute of Chartered Accountants In England and Wales and brings extensive know-how after two decades working with Peugeot, Citroën and most recently the combined business, Peugeot Citroën Automobiles, in the UK and Ireland.

With experience at both a dealer and head office level, Bryn’s most recent role was as Director of Commercial Finance. At Fraikin he has full responsibility for the Finance Department, and works closely with Group Finance to ensure that fiscal strategy is aligned to support growth, profitability and global performance objectives.

James Keeler at Garnett Keeler PR on 020 8647 4467 or by email to  james.keeler@garnettkeeler.com