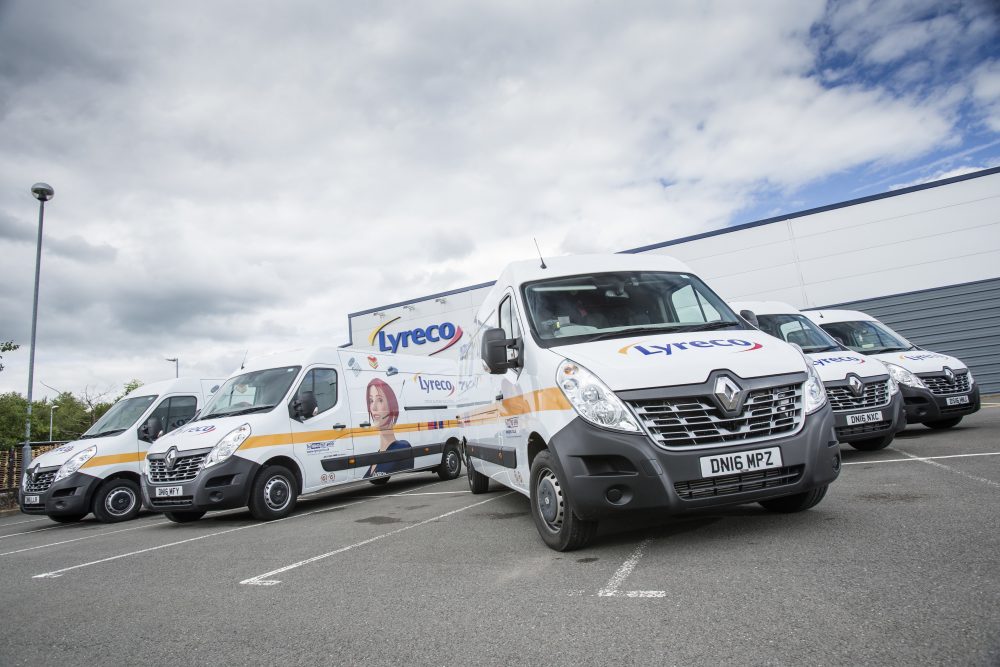 Fraikin is delivering more than 170 new 3.5-tonne Renault Master long wheelbase vans into service with office products supplier Lyreco – to give the customer one of the most modern light commercial vehicle fleets in the business.

The company’s 2016 fleet investment includes an initial batch of 89 new Master vans, which are replacing assets previously supplied via an alternate provider. In July Fraikin will commence delivery of phase two of the deal, with a further 83 Master vans to replace older Fraikin assets in the fleet.

Jennie Lucas, National Distribution Manager, Lyreco, says: “Fraikin plays an integral role in maximising our fleet uptime and efficiency, which in turn means we can keep our next-day delivery promise. Their proven track record was key to renewing the 10-year relationship, and part of the decision to extend their share of our fleet.”

Fraikin will maximise fleet uptime by taking care of all vehicle servicing overnight and at weekends, with a collection and delivery service to make it hassle-free for Lyreco. Fraikin also provides rapid replacement vehicles nationwide in the event of a contract vehicle suffering unexpected downtime, sourced from its own 1,200-strong rental fleet – with a commitment to being able to supply the specification of van preferred by Lyreco.

All vehicle maintenance is co-ordinated centrally via the 24/7 Fraikin Service Centre (FSC) in Coventry, using a dual network of both Fraikin branches and approved repair agents. This ensures Lyreco benefits from the highest standards of maintenance, with each of its 24 regional distribution centres no more than a few miles from either a Fraikin branch or an authorised service partner.

“Having access to service documentation and vehicle records online is a real bonus. Operational compliance and fleet efficiency is extremely important to us – FraikinView makes life easier,” adds Lucas.

The new deliveries will join a 280-strong commercial vehicle fleet operated by Lyreco, which also includes a combination of five-tonne panel vans and 7.5-tonne rigids. They will be spread across Lyreco’s national network, with each van expected to cover up to 30,000 miles a year and be on the road up to six days a week.

About Fraikin
Fraikin Ltd   is part of the Fraikin Group , the largest commercial vehicle fleet services company in Europe, providing expert fleet management, contract hire and rental solutions to both the private and public sector. The Fraikin Group, established in France in 1944 by Gérard Fraikin, has operations in 16 countries, with more than 2,800 employees, 7,000 clients, 180 branches and a fleet of 60,000 vehicles. Its operations span Belgium, Czech Republic, France, Germany, Hungary, Italy, Luxembourg, Morocco, Netherlands, Russia, Saudi Arabia, Slovakia, Spain, Switzerland, Poland and the UK. Since 2007 Fraikin has been owned by CVC Capital Partners , one of the world’s leading private equity and investment advisory firms.

048 FRAIKIN GROWS LYRECO CONTRACT BY MORE THAN 80 PER CENT