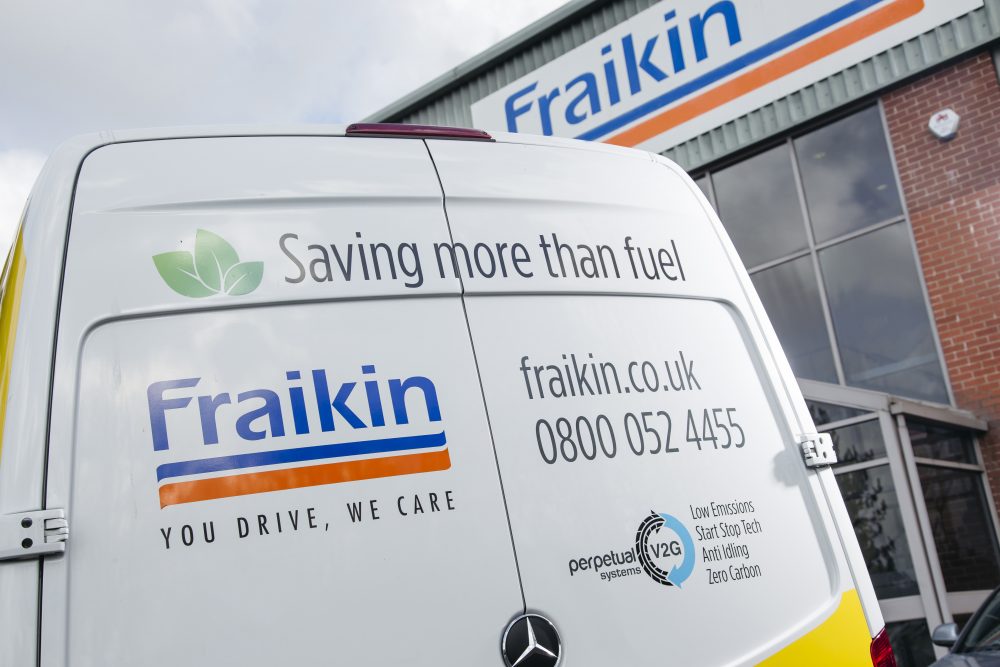 As the first system of its kind in Europe, it has been designed to future-proof LCV fleets against ever-tightening environmental legislation, by lowering toxic emissions and sound pollution levels, while also dramatically reducing running costs.

Perpetual V2G harnessed Fraikin’s experience in the fleet management and supply of temperature-controlled LCVs, on either short or long-term hire, to tailor its technology – making software and hardware changes to facilitate easy mounting of the battery system on to both mono-temperature and multi-temperature models.

The new technology can be charged via the mains or by harvesting wasted power through the vehicle’s alternator – one of the unique aspects of the design. For optimum efficiency, Euro VI engine alternators operate intermittently, preventing them from providing the consistent charge lithium-ion batteries require to remain operational.

Keith Atkins, Fleet Operations Director at Fraikin, says: “The consistent power the technology’s advanced battery management system supplies to the battery pack is a key feature for us. It makes the system the only one of its kind in Europe capable of harnessing power through a Euro VI engine, whilst retaining the ability to utilise stop/start engine technology – that’s a huge breakthrough, and one we believe offers significant potential to help fleets become greener, and save money.”

Andy Ling, CEO of Perpetual V2G, explains: “The biggest advantages are seen in relation to urban fleets and start/stop operations. With a standard unit, the vehicles must be constantly idling, burning fuel and releasing emissions for anywhere up to nine hours per day. In contrast, our system can maintain optimum temperature without the need for the engine to idle.”

The technology has been patented by Perpetual V2G in the UK, with worldwide patents also filed.