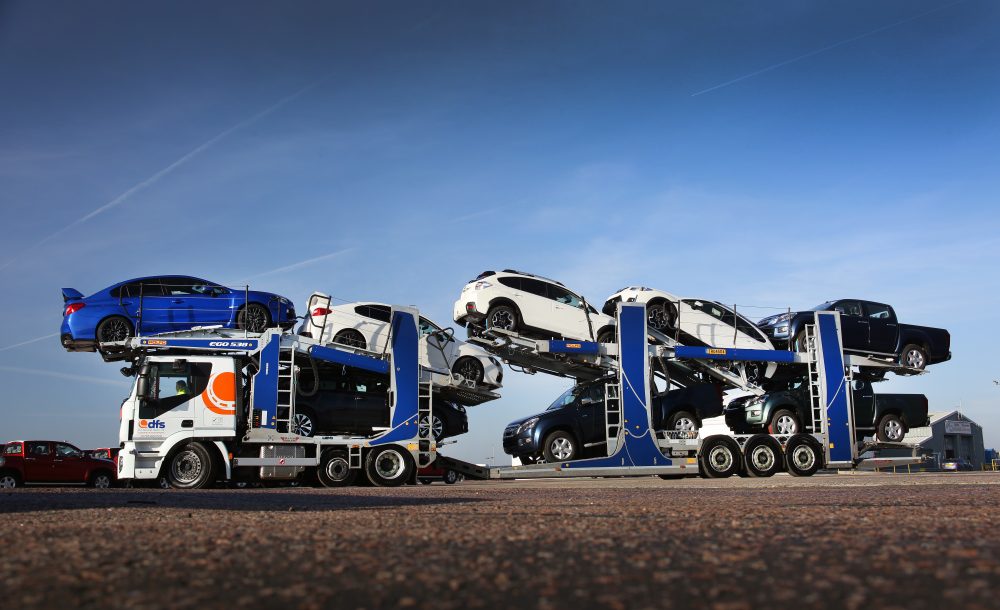 The seven-year agreement with Fraikin sees it supply the automotive logistics firm with new IVECO Stralis 6×2 tractor units and accompanying Rolfo Ego transporters, replacing 10 older vehicles within its 54-strong transporter fleet. They will be based at the company’s headquarters in Kent and various depots around the country, clocking up approximately 75,000 miles every year.

An interesting element of the deal concerns the maintenance of the vehicles, with DF Services (Kent) operating as both customer and supplier – the company will use its own workshop to carry out all repair and maintenance work, while Fraikin manages the fleet. The bespoke arrangement highlights the flexible nature of Fraikin’s approach, providing DF Services (Kent) with all the benefits of full service contract hire while allowing the company to make use of its own capacity and skills.

Justin Eynon, Commercial Director at DF Services (Kent), says: “Fraikin impressed us early on in our conversations, offering a very competitive package that was perfectly adapted to suit our business operations. It has been tailor-made to the extent that we can combine Fraikin’s expertise in funding and fleet management with our on-site workshop, allowing us to conduct repairs out-of-hours to reduce vehicle downtime. It’s a win-win situation for both organisations.”

He adds: “By working with Fraikin we have ensured our fleet is always kept up-to-date and ready to support our UK operations on a 24/7 basis. The whole process was smooth from start to finish, they really understood our needs and the deal will certainly help drive the company forward.”

Based in Queenborough near Sheerness, DF Services (Kent) transports cars and vans across the UK and as far as Greece and Italy in Continental Europe. It works with vehicle manufacturers including Citroën, Honda, Isuzu, Peugeot and Subaru.

Fraikin impressed us early on in our conversations, offering a very competitive package that was perfectly adapted to suit our business operations.