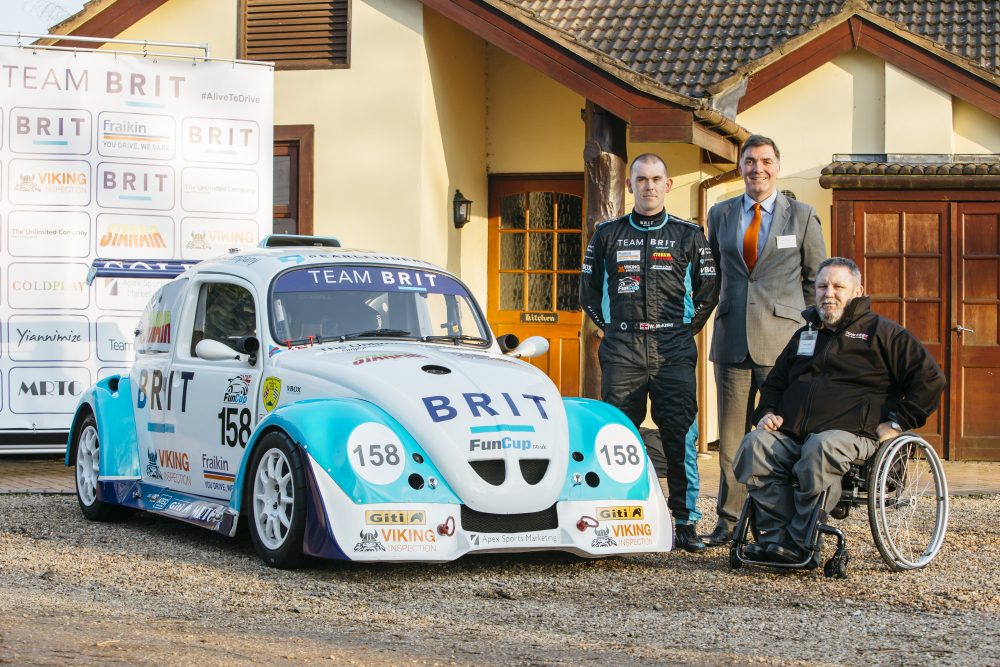 In a move away from fleet management and contract hire agreements, Fraikin has set its sights on the starting grid at the famous Le Mans 24 hour endurance race –becoming an official partner of Team BRIT, a competitive racing team comprised entirely of injured ex-military personnel.

Team BRIT (which stands for British Racing Injured Troops) aims to make history by becoming the first all-disabled racing team to line-up on the grid at Le Mans – and Fraikin has offered its support to help make this a reality. The goal is to enter the famous race by 2020, but first it must earn its stripes and move up the motor racing ladder, with the Fun Cup endurance championship – which includes a 25-hour race at Spa, Belgium, in July – the first step along the way.

Fraikin CEO, Ed Cowell, says: “It’s an honour to be involved with the Team BRIT initiative as it resonates with the values we hold dear at Fraikin: that dedication, determination and drive can get you a long way. We would like to wish all involved the very best of luck in making the grid at Le Mans – we’re certainly looking forward to being a part of the team’s journey.”

Dave Player, Director of Team BRIT, adds: “We are very excited to welcome another fantastic sponsor on board for the 2017 race season. With Fraikin’s support we are confident our year ahead will be successful, starting with an impressive Fun Cup season, which will kick-start our journey to Le Mans.”

The idea behind Team BRIT is to prove that people with disabilities, Post Traumatic Stress Disorder and mental health issues can achieve things they never thought possible, and through motor sport can race at the highest level, going car-to-car with their able-bodied rivals. It is one of the few sports where everyone competes on a level playing field, and thanks to advanced hand control technology drivers who have injured their legs or feet, or even lost limbs, can also take part.

Behind the wheel for Team BRIT are four ex-servicemen – Andy Searle, 24, Tony Williams, 32, Jimmy Hill, 34, and Warren McKinlay, 35 – who have all sustained serious physical or mental injuries. They’ve each had to overcome a number of personal hurdles just to sit in the car, but they have also had to make the grade professionally in order to be qualified to race; there are no shortcuts to lining up on the grid.

After hopefully completing a successful Fun Cup season, Team BRIT will then move on the GT4 and GT3 series – before advancing to Le Mans.

For more information on the team and to follow its progress visit www.teambrit.co.uk.

For further press information please contact:
Gary Baker at Garnett Keeler PR on 020 8647 4467 or by email to  gary.baker@garnettkeeler.com