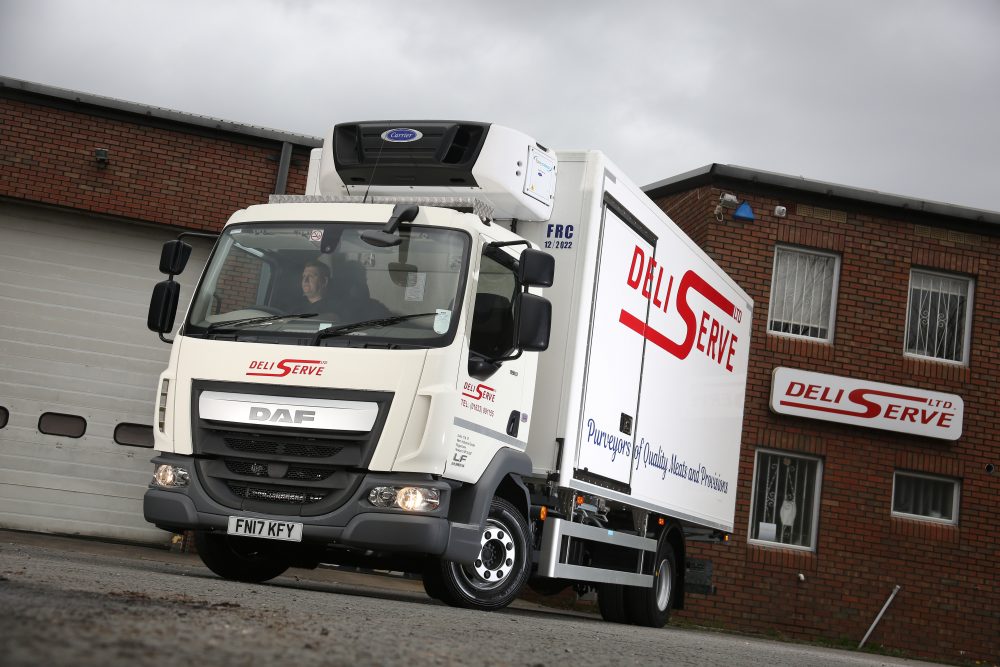 Fraikin has delivered five new trucks to Deliserve as part of a new five-year contract hire agreement. The deal represents new business for Fraikin, with the Newport-based meat wholesaler changing vehicle supplier to facilitate a major expansion of its commercial fleet.

The new deal includes the supply of two 12-tonne DAF LFs and two 15-tonne Mercedes-Benz Ategos, each a new addition to Deliserve’s 11-strong mixed fleet. The fifth truck is a smaller 7.5-tonne Atego which replaces an older vehicle.

Fraikin’s customer-focused approach, combined with its comprehensive contract hire package – which includes FraikinView, the company’s powerful web portal and mobile app as standard – were cited as the key reasons for making the switch.

Tom Coburn, Transport Manager at Deliserve, says: “The level of support we’ve received from Fraikin is fantastic. They know how important it is for a business like ours to have a modern, reliable fleet. Most of our vehicles are on the road every day, so we need them to be fully maintained and operational to maximise productivity.”

Fraikin has taken responsibility for compliance, financing, maintenance and replacement of the vehicles on a collection and delivery basis, ensuring that the Deliserve fleet stays on the road in the event of any unplanned downtime.

Coburn adds: “FraikinView is really shaking up the way we manage our fleet – it puts so much vital information at our fingertips. Simple things, like being able to see at a glance which vehicles require maintenance, mean we can schedule servicing in advance and plan our workloads accordingly.”

Each new vehicle has been fitted with Solomon Commercials insulated bodywork, Dhollandia tail-lift and a Carrier Transicold Supra refrigeration system, ensuring maximum cold chain protection when transporting fresh and frozen products across the south-west of England and Wales. The new arrivals will each cover approximately 50,000 miles per annum and are based out of Deliserve’s headquarters in Newport.

Established in 1993, Deliserve was formed primarily as a supplier of bacon and cooked meats but has now developed its range to include a wide choice of fresh meats, frozen products and dairy items.