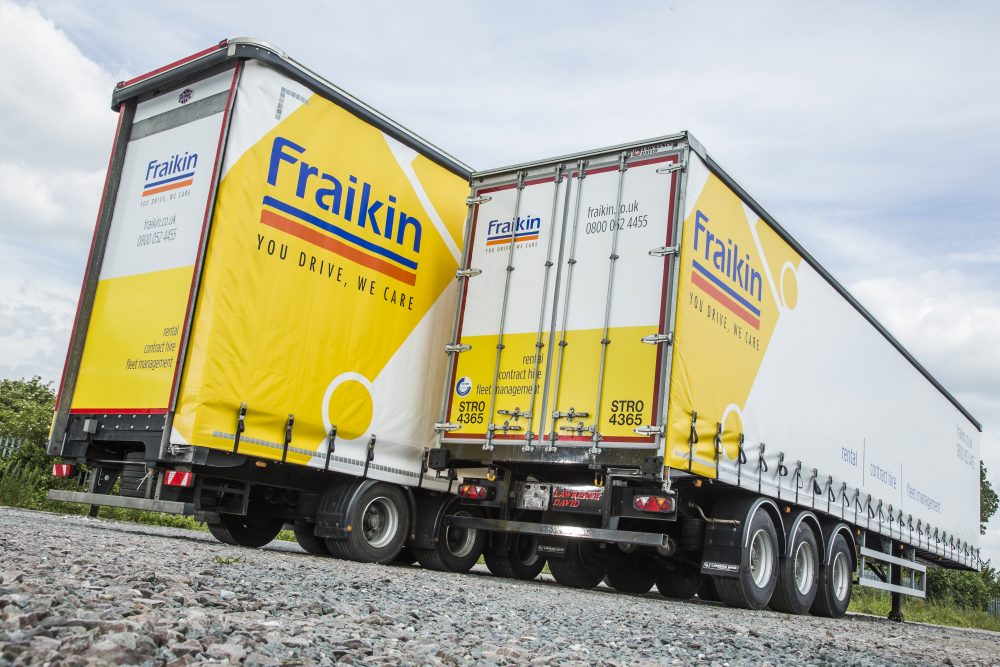 Fraikin is expanding its new rental site in Northampton to meet growing customer demand, less than a year after opening as its first trailer rental branch.

The Northampton facility was initially stocked with a fleet of 200 curtainside trailers – which is now expanding by a further 25 per cent, with 50 additional trailers to join the fleet by the end of June 2016. The Northampton branch is also expanding to offer the full Fraikin rental line-up from 3.5 to 44 tonnes.

Mark Newnes, Operations Director at Fraikin, explains: “Trailer rental was a new venture for us last summer and the demand we’ve seen has been a pleasant surprise, with utilisation rates well ahead of target. We are confident these next 50 trailers will prove as desirable to hire as the first 200.”

Commenting on the expanded range, Steph Carpenter, Rental Branch Manager, says: “Northampton was originally conceived to house our national trailer rental business but we positioned some light commercials and trucks on site and they’ve been going out on hire locally as fast as they arrive.”

Fraikin says one of the key reasons for the success of its trailer rental operation has been the wide range of assets being made available – split equally between double-deck and single-deck curtainsiders. The double-deck trailers are available with four different deck height configurations, while the single-deck fleet comprises straight-frame, teardrop and mega cube trailers – ensuring maximum flexibility. The fleet is made up of predominantly Cartwright and Lawrence David assets.

The Northampton branch is situated mid-way between Northampton and Wellingborough, just off the A45 trunk road: