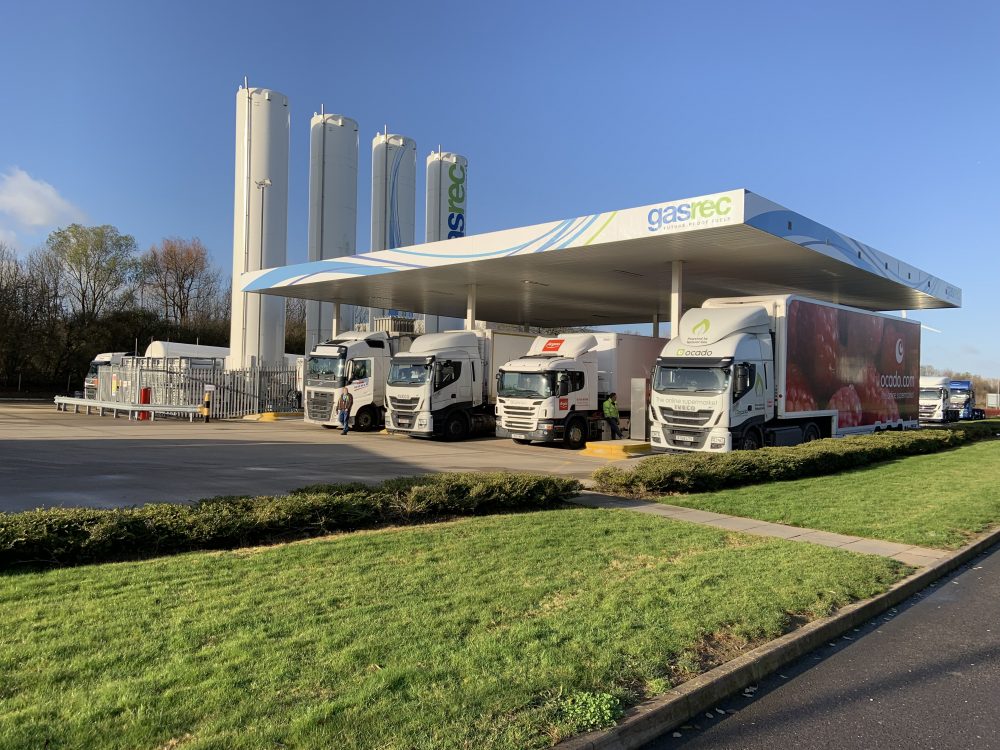 Gasrec has recorded a five-fold increase in sales of gas across its commercial vehicle refuelling network in the first quarter of 2020, versus the same period in 2019.

This record growth follows an influx of new trucks into the market running on compressed natural gas (CNG) or liquified natural gas (LNG) – with demand in March 2020 exceeding the previous peak of September 2014, at the height of the Euro-5 dual fuel era.

James Westcott, Chief Commercial Officer at Gasrec, explains: “The growth we have seen has been phenomenal, with volumes more than doubling between the final quarter of 2019 and the first quarter of 2020.

“Registrations of gas-powered 44-tonners has played a big role, together with the general realisation from the industry that gas represents the best opportunity right now to significantly reduce emissions and running costs.”

Gasrec now expects its CNG and LNG volumes to flatten temporarily as European truck production is largely halted due to COVID-19, limiting the opportunity for new gas-powered vehicles to enter the market.

Looking ahead, Westcott explains: “We work closely with customers to ensure we have the refuelling infrastructure they need in place before new trucks arrive, so we know the forward order bank is strong. Once production resumes, we fully expect the steep growth trajectory we’re on to return – it’s just been shunted back from one quarter to another.”

“One supermarket we supply doubled its demand for gas inside a week,” reports Westcott.

“But that’s been largely balanced, as in other areas we’ve seen a small volume of customer vehicles – those not carrying essential goods – being temporarily parked up.”

Demand for gas year-to-date is currently split approximately 70/30 in terms of LNG versus CNG, with LNG proving most popular for vehicles requiring maximum range.

024 GASREC TAPS INTO RECORD DEMAND FOR CNG AND LNG