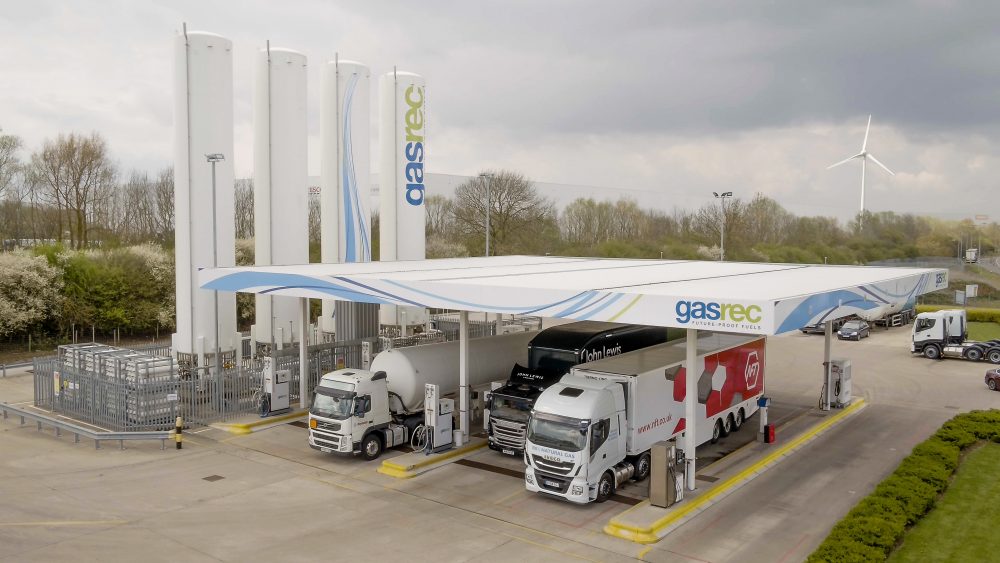 Gasrec, which operates the UK’s largest network of natural gas refuelling stations for commercial vehicles, has recorded a 369 per cent rise in demand for gas during the first half of 2019, versus the previous six months.

Volumes of compressed natural gas (CNG) and liquified natural gas (LNG) grew by 286 per cent and 393 per cent respectively – and Gasrec expects this growth will be sustained across the second half of 2019.

James Westcott, Chief Commercial Officer at Gasrec, says: “Launches last year from IVECO, Scania and Volvo are starting to have a real impact, as customer deliveries follow trials with seed vehicles and demonstrators. As the volumes show, we’re pumping significantly more gas than we were six months ago, and it’s increasing every week.

“Businesses transitioning to natural gas are reducing their carbon footprint and making themselves more attractive to potential customers as a result. They are also taking advantage of a fuel which is around 40 per cent cheaper than diesel, and trucks which are nearly 50 per cent quieter too – the benefits really stack up.”

Gasrec projects that one-third of the UK’s 44-tonne heavy truck market will have transitioned to natural gas by 2027, with approximately 39,000 gas-powered HGVs on UK roads. It believes this will be key to meeting the government’s voluntary target of reducing greenhouse gas emissions from HGVs by 15 per cent by 2025.

Westcott explains: “Operators have done a lot of work with telematics and aerodynamics to make their fleets as efficient as possible, but they need to open new doors to find this 15 per cent saving. That could mean looking at bigger trailers or squeezing more efficiency out of what they currently have – but in many instances there’s not much left to squeeze, and the most practical option is changing fuel.”

Gasrec currently operates nine refuelling stations, including a mix of open-access and dedicated customer facilities. It opened its latest site in January 2019 for Ocado, which is currently refuelling a fleet of 29 IVECO Stralis NP tractor units with a 25 per cent biomethane blend.

Note to editor: Gasrec is a major fuel provider for natural gas-powered commercial vehicles on UK roads. It supplies, builds and operates natural gas and biogas refuelling stations, enabling fleets to take advantage of a fuel which is significantly cheaper and better for the environment than diesel.
For further press information please contact Dan Jones or James Keeler at Garnett Keeler PR on 020 8647 4467 or dan.jones@garnettkeeler.com / james.keeler@garnettkeeler.com.