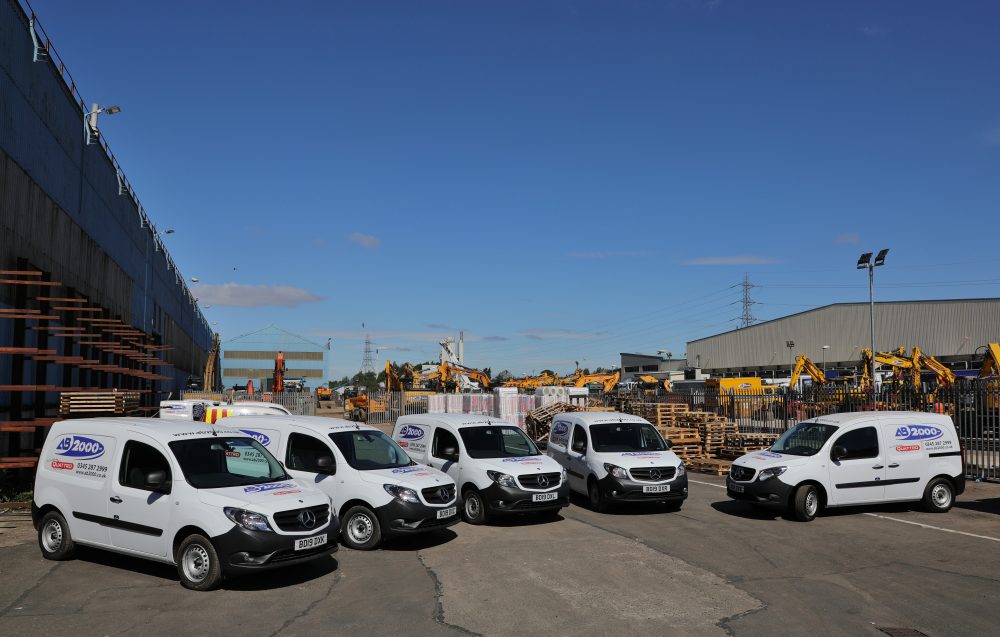 AB2000, Scotland’s largest privately-owned hirer of operated plant and equipment, is replacing more than half of its 50-strong van fleet with new vehicles from Fraikin. The deal marks the first time the company – now part of Quattro Group – has contract hired its fleet.

Fraikin secured this conquest order on the back of supplying more than 150 vans to Quattro Group in 2017. This new full-service contract hire agreement with AB2000 is for 31 Mercedes-Benz Citan vans being delivered into sites in Aberdeen, Glasgow and Inverness.

Jon Sherred, Area Manager at Quattro Group, says: “FraikinView has transformed the way we manage our fleet and, naturally, we wanted our colleagues at AB2000 to share in these benefits.

“These vehicles were previously purchased outright, but moving to contract hire allows us to take advantage of fixed monthly pricing for the next four years. We know exactly how much we’re paying each month, which makes planning fleet replacement intervals a whole lot simpler.”

Fraikin tailored the specification of the vehicles to suit AB2000’s precise requirements, adding air conditioning for driver comfort, plus forward-facing cameras and a reversing aid to support fleet safety.

All negotiations with Mercedes-Benz were handled directly by Fraikin – allowing AB2000 to take advantage of the Fraikin Group’s international buying power.

On the road up to six days a week and covering up to 30,000 miles annually, Fraikin will manage all servicing, maintenance and repairs, including scheduling and fleet administration. In the event of a vehicle breaking down on-site, Fraikin will despatch one of its mobile technicians, enabling AB2000’s operators to remain at work.