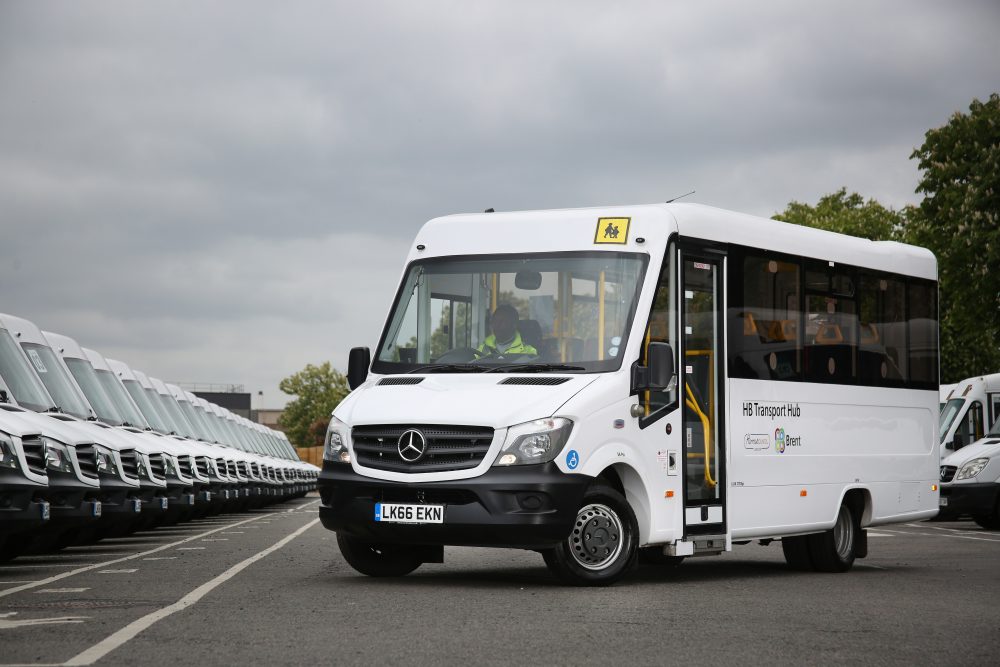 Fraikin has signed a sale and lease back agreement with Harrow Council for a fleet of 40 vehicles to be used for a new pooled transport service, which will help young people with special needs get to school.

The initiative is a joint venture between Harrow Council and Brent Council, with Harrow taking over the running of Brent’s Passenger Transport Service. As part of the deal, Fraikin has delivered 30 new Mercedes-Benz Sprinter accessible vehicles and 10 minibuses which will gradually replace the older vehicles with new models on a full-service contract hire basis.

The new deliveries include vehicles adapted for wheelchair use and fitted with CCTV equipment to maximise passenger safety. The fleet will be based at Harrow Council’s depot in Wealdstone, where Fraikin is already responsible for a comprehensive repair and maintenance operation.

Under the new deal, Fraikin will fleet manage the vehicles, with all maintenance work scheduled out-of-hours to deliver maximum uptime for both local authorities.

Venetia Reid Baptise, Divisional Director – Commissioning Services at Harrow Council, says: “Fraikin’s expertise means we have got a fantastic cost-effective package that not only provides a new fleet of vehicles to transport our residents, but allows them to travel in a safe and comfortable environment.

“Routine maintenance schedules have been designed from the outset to maximise fleet uptime, meaning the minibuses are never out of action during the week when we need them most. Fraikin made everything very easy for us and their quick service was impressive.”

The minibuses will be operational up to five days a week and primarily used as part of the Harrow and Brent Transport Hub, taking up to 800 children from home to school and each covering between 12,000 and 15,000 miles a year.

As well as providing home to school transport, the Harrow and Brent Transport Hub helps young people with disabilities enjoy full and varied lives, offering them the opportunity to take part in after-school activities, sports clubs and trips.

Fraikin has worked with Harrow Council to supply and maintain its vehicle requirements for more than two decades, and became responsible for supplying and maintaining 100 per cent of the council’s commercial vehicle fleet in 2002.

Chris Longmuir, Business Development Director at Fraikin, says: “We keep Harrow Council’s budgetary requirements at the heart of everything we do, and we manage the fleet to ensure it delivers fantastic performance. This focus has been central to the success of our close partnership, and we’re delighted to be expanding our responsibilities even further.”