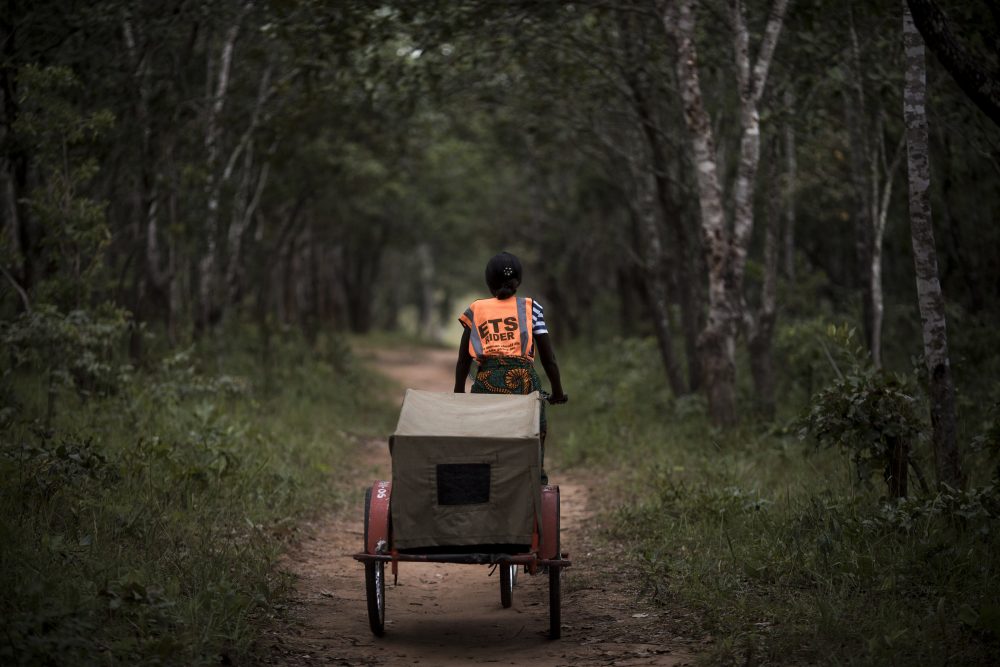 London, UK & Geneva, Switzerland, 29 August 2018. Transaid and Medicines for Malaria Venture (MMV), in collaboration with a consortium of partners and the Zambian National Malaria Elimination Centre (NMEC), have completed the 12-month MAMaZ Against Malaria (MAM) programme pilot with exceptional success – saving the lives of many children in Serenje district, Zambia.

During the pilot, severe malaria child case fatality was drastically reduced from 8 per cent to 0.25 per cent, with three recorded deaths during the 12-month study period compared to 97 deaths that would have been expected in this period.1

Transaid and MMV worked in collaboration with the National Malaria Elimination Centre (NMEC) of Zambia to procure WHO-prequalified Rectal Artesunate Suppository (RAS). All suspected severe malaria cases identified in the community were given RAS) and referred to a health facility. In addition, the project’s Emergency Transport System (ETS) supported more than 70 per cent of all suspected severe malaria cases, with 1,066 transfers made to a health facility.

Severe malaria is highly prevalent in children under the age of five in the Serenje District. The MAM programme pilot set out to improve malaria case management by introducing RAS and increasing access to other key malaria medicines by strengthening the Emergency Transport System (ETS) and equipping communities with additional bicycle ambulances and training new riders.

Caroline Barber, CEO of Transaid, says: “The number of lives saved is a real testament to how important timely access to healthcare services is and we’re delighted to be able to share such excellent results and are now looking at how this approach can be scaled up across Zambia.”

Victor Simfukwe, Transaid’s project manager in Zambia, commented; “The strong partnership with NMEC and District Health Management Team (DHMT) has really made this project so successful. We have all worked together to achieve these results. The ETS component was absolutely integral to the success and we want to thank the partners and the communities for embracing the challenge of bringing RAS to Zambia for the first time and ensuring its availability in rural areas.”

The MAM project has also caught the imagination of the UK transport industry, which has appreciated how a functioning supply chain can save children’s lives. Additional support for the project raised at industry events have allowed Transaid to expand the reach of the project with additional bicycle ambulances and training.

About malaria and children
Malaria places a heavy burden on the health of children. With intensive global effort, it is estimated that 6.2 million deaths due to malaria were prevented between 2001 and 2015, 5.9 million (95 per cent) of which were those of young children. However, malaria continues to take its toll. In 2016, the disease is estimated to have taken the lives of over 300,000 children under the age of 5 years.

Alexandria’s story: A second chance to live
One-year-old Alexandria Katontoka from the Serenje District of Zambia fell sick on 13 December 2017 at around 10:00am. He stopped playing with his friend and fell asleep near the doorway of his house. While picking up her (seemingly) sleepy son, Sharon Musonda realized his body temperature was very high. Worried, she immediately set off to see the Community Healthcare Volunteer, Charity Mumba. With a rapid diagnostic test confirming Alexandria had malaria he was given an antimalarial and paracetamol and taken home.

At around 3:00pm Alexandria’s big brother came running to Charity’s home in tears. He said that Alexandria had died, and he had been sent to call her. Charity ran into her house to pick up her test kits and rectal artesunate (RAS). When she arrived, Alexandria was lying on a blanket on the floor with his eyes closed. His mother, Sharon, explained that he had started vomiting severely and had been having fits.

Charity immediately administered RAS and advised for preparations to be made to go to the hospital. Five minutes later, Alexandria opened his eyes and started to cry. Charity’s husband then called for a bicycle ambulance, which transferred Sharon and Alexandria to the local health facility within 2 hours.

On arrival at the facility, Alexandria was given three courses of injectable artesunate and the following day could be discharged, with a course of ACT and vitamins to be taken at home. Although it took him almost a week to walk properly, thanks to the follow-up visits by Charity, we know he has now fully recovered. RAS gave Alexandria a second chance to live.

About the MAM project
Key to project success was the training of more than 500 Community Health Volunteers (CHVs) to mobilise communities around severe malaria, including emergency transport scheme riders, as well as the training of 31 health workers in severe malaria case management using injectable artesunate. Training high numbers of CHVs has been essential to behaviour change in communities. Sustainable capacity has also been built within the district which has embraced the pilot from the very first day.

The project was made possible by a consortium of partners – Transaid, Medicines for Malaria Venture (MMV), DAI Global Health (formally Health Partners International), Development Data, Disacare, NMEC and DHMT. The Bill and Melinda Gates Foundation has since produced a video in collaboration with Transaid showcasing how the project works.

Footnotes
1 Expected deaths calculated based on the case fatality rate measured during the baseline (8per cent) and the elevated suspected severe malaria cases (1,215 cases) measured during the project compared to the baseline (224 cases), the project would have expected 97 deaths without any intervention.
2 World Health Organization. Rectal artesunate testing and delivery (2016): www.who.int/tdr/research/
malaria/rectal_artesunate/en

About Transaid
Transaid transforms lives through safe, available, and sustainable transport. Founded by Save the Children, The Chartered Institute of Logistics and Transport (CILT), and its Patron, HRH The Princess Royal, the international development organisation shares 25 years’ worth of expertise in 23 countries with partners and governments – empowering people to build the skills they need to transform their own lives.

Transaid enjoys strong backing from the transport and logistics industry and the active involvement of its patron, HRH The Princess Royal.

Medicines for Malaria Venture (MMV) is a leading product development partnership (PDP) in the field of antimalarial drug research and development. Its mission is to reduce the burden of malaria in disease-endemic countries by discovering, developing and facilitating delivery of new, effective and affordable antimalarial drugs.

Since its foundation in 1999, MMV and partners have built the largest portfolio of antimalarial R&D and access projects ever assembled, and brought forward seven new medicines that are already saving lives. MMV’s success is based on its extensive partnership network of over 400 pharmaceutical, academic and endemic-country partners in more than 55 countries.

MMV’s vision is a world in which innovative medicines will cure and protect the vulnerable and under-served populations at risk of malaria, and help to ultimately eradicate this terrible disease.

MMV Disclaimer
This document contains certain forward-looking statements that may be identified by words such as ‘believes’, ‘expects’, ‘anticipates’, ‘projects’, ‘intends’, ‘should’, ‘seeks’, ‘estimates’, ‘future’ or similar expressions, or by discussion of, among other things, vision, strategy, goals, plans, or intentions. It contains hypothetical future product target profiles, development timelines and approval/launch dates, positioning statements, claims and actions for which the relevant data may still have to be established. Stated or implied strategies and action items may be implemented only upon receipt of approvals including, but not limited to, local institutional review board approvals, local regulatory approvals, and following local laws and regulations. Thus, actual results, performances or events may differ from those expressed or implied by such statements.
We ask you not rely unduly on these statements. Such forward-looking statements reflect the current views of Medicines for Malaria Venture (MMV) and its partner(s) regarding future events, and involve known and unknown risks and uncertainties.
MMV accepts no liability for the information presented here, nor for the consequences of any actions taken on the basis of this information. Furthermore, MMV accepts no liability for the decisions made by its pharmaceutical partner(s), the impact of any of their decisions, their earnings and their financial status.

Transaid transforms lives through safe, available, and sustainable transport. Founded by Save the Children, The Chartered Institute of Logistics and Transport (CILT), and its Patron, HRH The Princess Royal, the international development organisation shares 25 years’ worth of expertise in 23 countries with partners and governments – empowering people to build the skills they need to transform their own lives.

Transaid enjoys strong backing from the transport and logistics industry and the active involvement of its patron, HRH The Princess Royal.

323a SEVERE MALARIA CASE FATALITY REDUCED BY 96 PER CENT IN PILOT PROJECT IN ZAMBIA LED BY TRANSAID, MMV AND PARTNERS