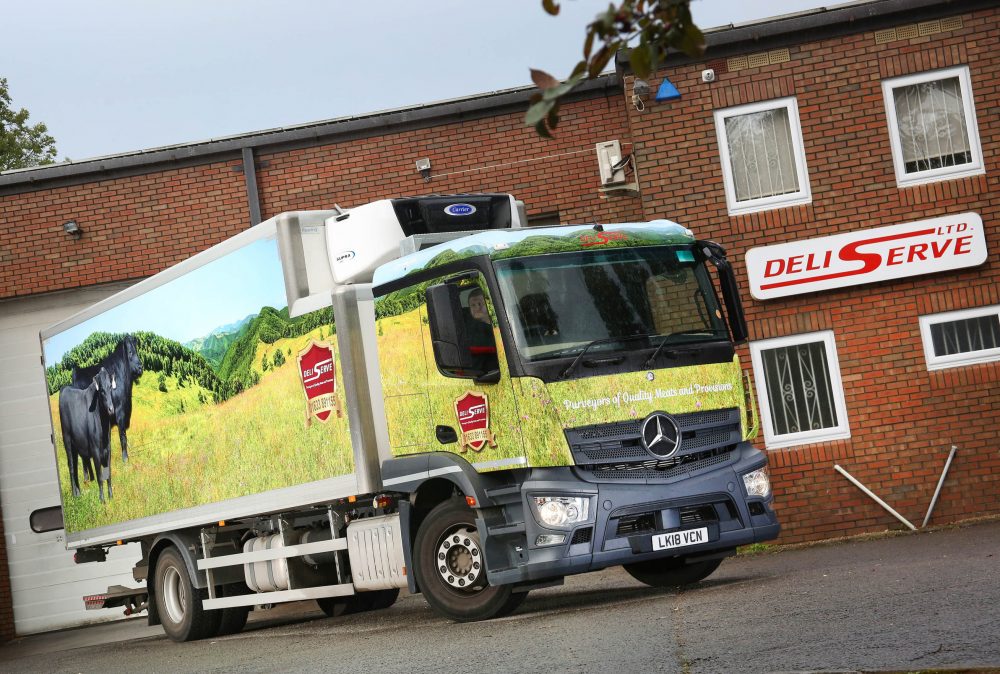 Fraikin has secured sole supplier status to meat wholesaler Deliserve, after impressing with the quality of service provided since delivering its first commercial vehicles into the fleet in 2017.

Tom Coburn, Transport Manager at Deliserve, says: “The quality of service from Fraikin has been so good that when the time came to replace the remaining vehicles in our fleet, they were our number one choice. Their combination of expertise, together with investments in cutting-edge fleet management technologies, has made a real impact on our business.

“From our first meeting it was obvious they really wanted to understand how we worked as a business; and the result is evident when you look at the vehicles they’ve helped us to specify. Fraikin was also prepared to be flexible, and they’ve tailored the contract hire agreement to deliver everything we required.”

This new delivery includes a first for Deliserve – a low-height truck body that makes visiting customer sites on roads with restricted access much easier.

The bespoke-built ‘reverse Luton’ body, manufactured by Paneltex and mounted to the Antos chassis, features a step configuration that recesses the Carrier Transicold Supra refrigeration system into the front of the load area. This creates a lower overall running height, granting the truck greater access to roads, tunnels and loading bays with height restrictions. Plus, it enables the cab to fully tilt for quick and easy maintenance access to the engine.

The three new vehicles have been equipped by Fraikin with on-board tracking to allow Deliserve to monitor delivery schedules and ensure that all products reach their destination on time.

On the road five days a week, they are expected to clock up between 30,000 and 50,000 miles a year. Fraikin will manage the servicing, maintenance and repairs, with all work carried out on a collection and delivery basis at a Fraikin authorised service location just five miles from Deliserve’s Newport headquarters.

Staff at Deliserve can also view all scheduled or unscheduled maintenance work on any of the company’s vehicles via Fraikin’s powerful FraikinView web portal, which provides a wealth of data that can be used to achieve maximum fleet efficiency.

Established in 1993, Deliserve was formed primarily as a supplier of bacon and cooked meats. It has now developed its range to include a wide choice of fresh meats, frozen products and dairy items.