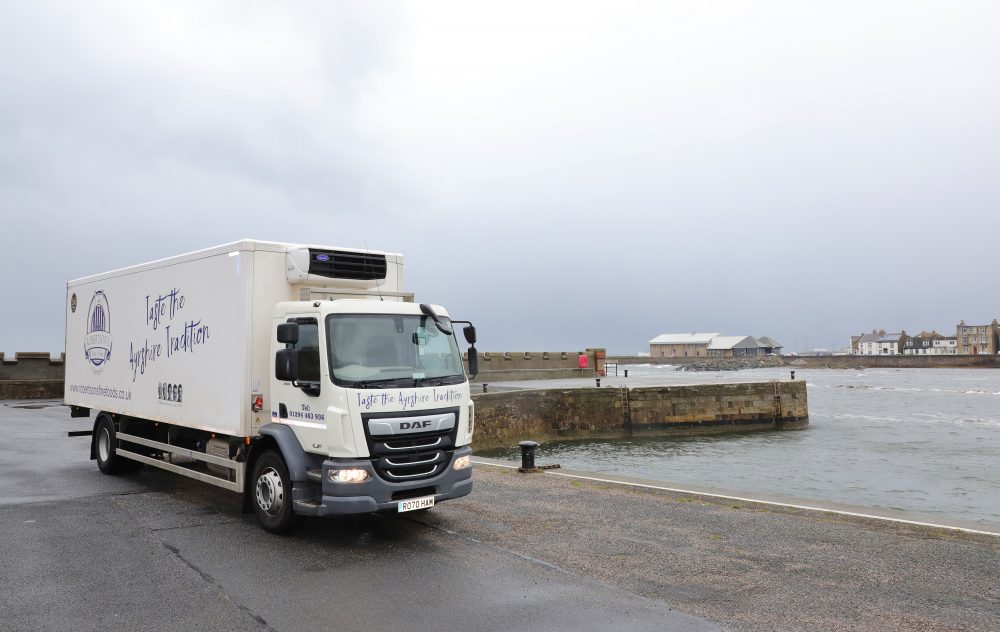 After taking a single 7.2-tonne IVECO Daily on contract hire in November 2018, Fraikin has subsequently won a competitive tender process to supply a further five assets on a seven-year, full-service contract hire agreement.

Gareth Robertson, Operations Director at Robertson’s Fine Foods, says: “Fraikin has actually been supplying us with short-term rental vehicles for more than 20 years. In that time, the team has continuously demonstrated how well they understand our business.

“Historically, for vehicles we’ve intended to keep in operation for seven or eight years we’ve opted to buy them outright. However, when it came to making a decision about replacing these older assets, Fraikin’s contract hire solution offered a more sustainable and reliable option.”

“We worked closely with Fraikin to tailor the specs of each vehicle. Unlike certain competitors, they didn’t restrict us to certain models or manufacturers. We’ve got just what we need for the nature of the work we do. Our drivers are particularly impressed with the IVECOs, which have cabs closer to the ground, offering better manoeuvrability and visibility for our multi-drop routes,” adds Robertson.

Each new vehicle has been specified with Carrier Transicold refrigeration units, providing excellent temperature control for the company’s fresh meat, produce and perishable goods. Each new asset is also fitted with a full telematics package, which helps the company monitor driver performance, improve fleet efficiency and promote better safety on the road.

Operating five days a week, each of the vehicles will clock up between 35,000km and 45,000km per year, working across the south west of Scotland.

A family business founded in 1870, Robertson’s Fine Foods has become a major producer and supplier of 100% Scottish pork products.