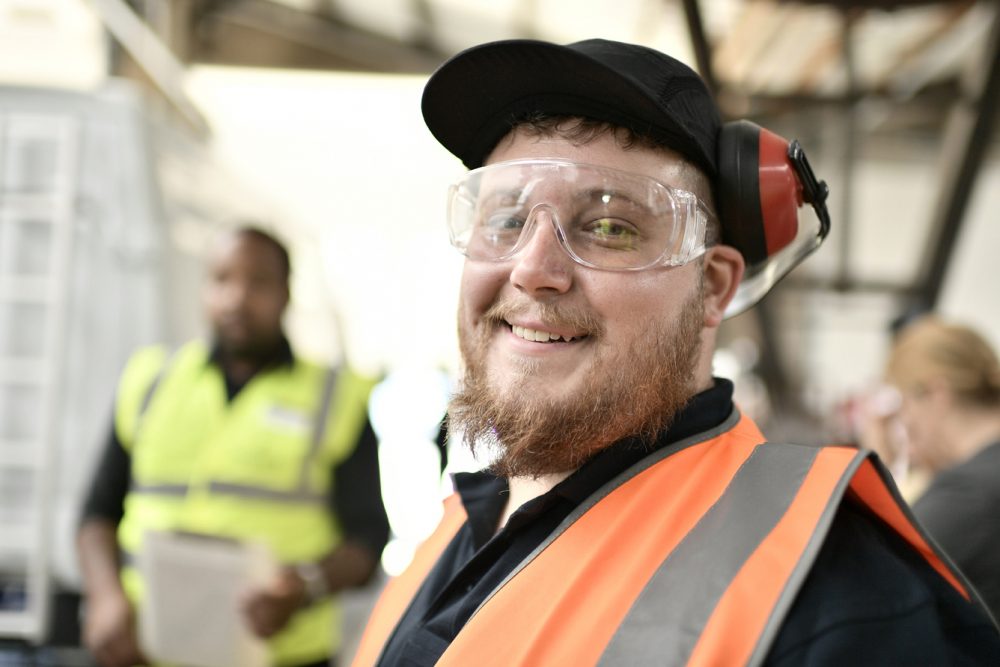 A Fraikin technician from the UK has jointly won the company’s Top Tech Challenge, which recognises and promotes the excellence and expertise of Fraikin Group employees across Europe and the Middle East.

James Walkling, 31, has worked at Fraikin’s Harrow branch for two years as a maintenance technician and was selected to compete in the final, held in Strasbourg, after winning a qualifying round between UK-based colleagues.

Open to all technicians across the Fraikin Group, the competition is split into four categories – body specialist, crane, fridge specialist and mechanic – each designed to showcase the company’s highly-skilled pool of talent across its entire service network.

He says: “The competition was a fantastic experience as it allowed me to pit my skills against some of the best technicians across the business. Winning my category was more than I expected, but it just goes to show the training I’ve received from Fraikin has put me in a good place to further develop my career.”

James took part in the mechanic category and was up against six technicians from Fraikin branches in Belgium, France, Luxembourg and Spain. Part of the challenge saw him tasked with replacing the front brake disc and brake pads on one side of an IVECO Daily van, with the judges paying close attention to following the correct procedures and using appropriate personal protective equipment (PPE).

All 74 Fraikin vehicle maintenance technicians in the UK have completed at least level two of the irtec Licensing Scheme – the nationally-recognised accreditation that assesses technician safety and competence in the road transport industry. This is part of a commitment by Fraikin to ensure its team is amongst the best qualified in the industry and bound by a professional code of conduct.

Alongside his level two irtec accreditation, James can call on 12 years’ experience in the industry, holds Class IV and VII MOT Vehicle Examiner status and is also currently working towards his HGV licence.

He was jointly awarded the top prize alongside Raphael Masiuk from Luxembourg. As well as receiving a trophy and special winners’ gift box, the pair will attend a driver’s day at the Circuit du Laquais in France in September.

Fraikin’s Harrow branch is a dedicated customer site responsible for the service, maintenance and repair of more than 200 specialised vehicles supplied on contract to Harrow Council, a Fraikin customer of more than 20 years.