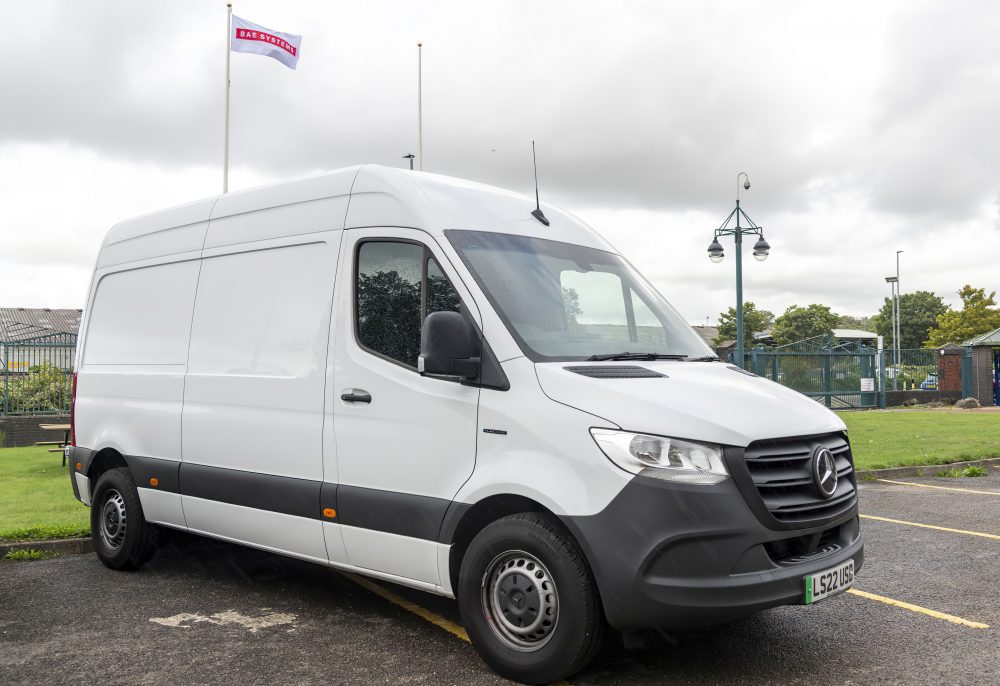 BAE Systems has taken delivery of two new electric vans on contract hire from Fraikin, helping the leading defence contractor improve its sustainability credentials through the decarbonisation of its commercial vehicle fleet.

Jon Penny, BAE Systems’ Broad Oak Site Lead, says: “By working with Fraikin to switch our site vehicles to electric and installing charging points we’re working toward reducing our environmental impact and making progress on our road to sustainability and our company ambition to achieve Net Zero by 2030.”

BAE Systems’ new vans feature a 55kWh battery pack and can be recharged to 80% capacity via an 80kW DC charger in as little as 30 minutes. Their WLTP (Worldwide Harmonised Light Vehicle Test Procedure) driving range of up to 109 miles is an ideal fit for BAE’s daily operational needs at Broad Oak, with the vehicles working predominately in and around the Portsmouth area.

Calling on its excellent supplier relationships, Fraikin was able to provide the two vehicles in rapid time, with both being delivered just two months after BAE Systems placed the order. One electric van will be dedicated to carrying a mixture of goods for BAE Systems’ Maritime Services business, while the second will be made available for general use by Broad Oak’s on-site staff. BAE Systems expects each new asset to cover approximately 8,000 miles annually.

Broad Oak was selected as a base for the new vehicles owing to the site’s ongoing push to improve operational sustainability, including achieving net zero carbon emissions. Based upon the success of these electric vans, there is further scope to call on Fraikin’s expertise in the area to specify additional assets in the future.

John Cooper, Business Development Manager at Fraikin, says: “With close to a decade working together, Fraikin has built a solid understanding of BAE Systems’ business needs and priorities, especially when it comes to the company’s sustainability goals and how these can be met through the very best vehicle choice.”