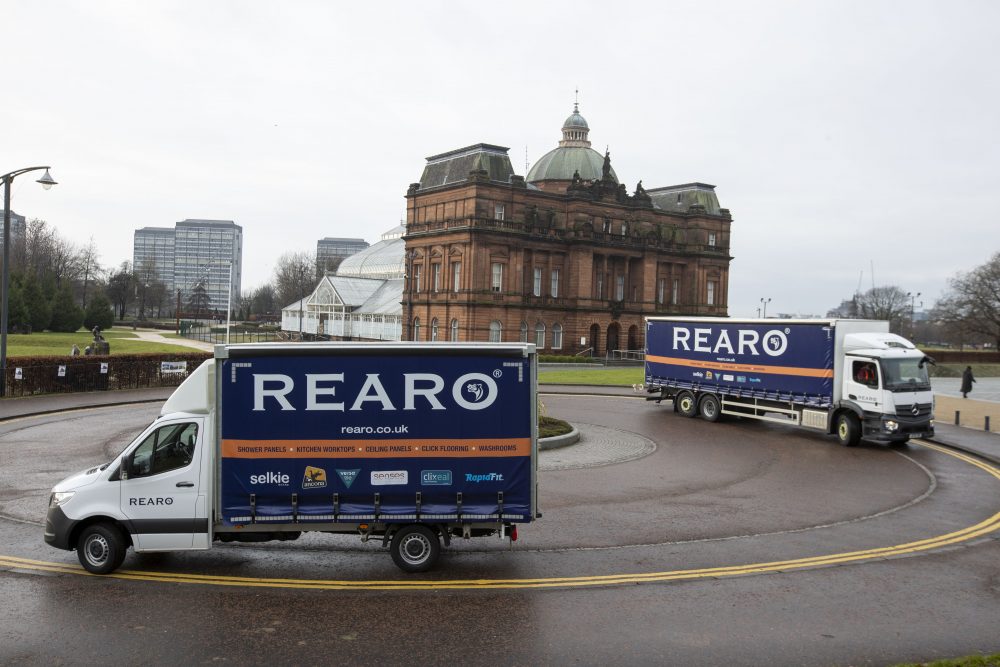 Laminates manufacturer, Rearo, has taken delivery of its first commercial vehicles on contract hire, after Fraikin won a competitive tender to replace the company’s fleet of owned trucks and vans.

Fraikin secured the deal after demonstrating how contract hire could help Rearo manage its fleet operating costs, particularly in relation to all scheduled and unscheduled maintenance and repair. The new vehicles also feature a comprehensive telematics package, providing valuable vehicle and driver performance data that Fraikin can use to help Rearo further improve fleet efficiency.

Charles Brady, Transport Manager at Rearo, says: “When operating your own trucks and vans the cost of keeping them on the road begins to creep up the older they get, particularly when you don’t have a dedicated workshop and have to rely on booking in slots with dealers.

“Fraikin has taken away that headache. We can now let them manage the fleet maintenance schedule, while we focus on our core business. It means we get maximum vehicle uptime with minimum disruption – it’s a game changer for the business.”

All repair, maintenance and servicing will be managed through Fraikin’s national network of workshops, and thanks to its powerful online web portal, FraikinView, Rearo will have access to a simple and intuitive way of tracking and monitoring the progress of all work in real time.

The curtainside bodywork for all 11 vehicles has been supplied by Tekbo, with Rearo requesting specially designed, lightweight, longer bodies mounted to the 7.5-tonne and 26-tonne trucks, to help accommodate the company’s larger laminate products.

“We rarely struggle with weight when loading, but we can have issues with space. Having a longer body on the back of these trucks will help make the loading process easier, which will subsequently make the fleet more efficient. It’s just another element of the deal that Fraikin has delivered on,” adds Brady.

The new Actros will primarily carry stock from the company’s main manufacturing facility in Glasgow to its Washington and Rosyth outlets. Of the two DAFs, one will also operate out of Glasgow, while the second will be based at the company’s Northampton depot. The eight Sprinters will be split across all four sites.

Delivering to a nationwide customer base, Rearo’s van fleet is on the road five days a week, clocking up between 30,000 to 40,000 miles per year, while the trucks will generally cover less mileage.

A family run business, Rearo has been manufacturing and supplying bathroom and kitchen surfaces to the UK market for more than 20 years.