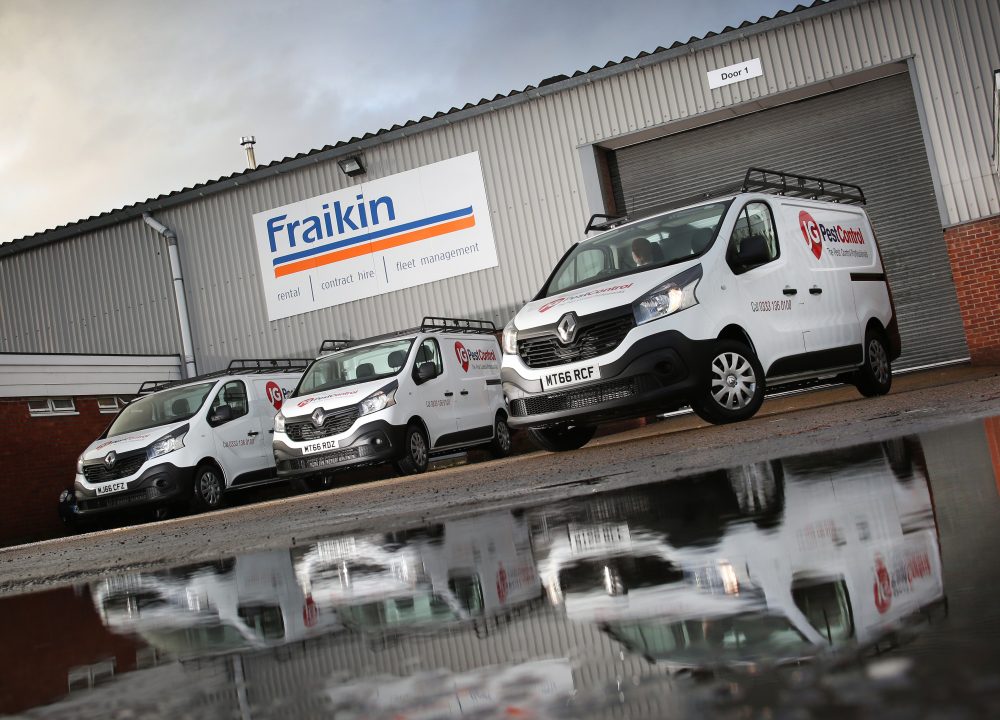 Iver-based JG Pest Control currently operates 70 commercial vehicles spread across much of England, including a mix of both owned and leased assets. The 24 new Fraikin-supplied vans – which comprise 10 Renault Kangoos and 14 Renault Traffics – represent replacements for older vehicles, plus additions.

Key to the customer’s decision to place the order was Fraikin’s ability to take over ownership, financing, compliance and maintenance of the new vehicles – removing many of the hassles typically associated with fleet ownership, and allowing JG Pest Control to focus on its core business.

Before delivering the vehicles, Fraikin arranged for each of the vans to be liveried, plus managed the installation of roof racks and a vehicle tracking system which will work in synergy with the customer’s existing solution – addressing two aspects which have been problematic in the past when handled by other suppliers.

Callum Gale, Operations Director at JG Pest Control, said: “We’ve had problems in the past with suppliers being unable to deliver what we want, when we need it. Once we understood the benefits of Fraikin’s full service contract hire package, it was an easy decision. Fraikin listened to our needs and provided us with the ideal solution.”

The new vans will cover between 20 and 200 miles per day and are on call 24/7/365. This makes Fraikin’s ability to support the vehicles around-the-clock vitally important, with service work to be proactively scheduled to avoid costly downtime.

“Fraikin’s consultative approach from the outset has kept us involved every step of the way and it’s made the process of modernising and expanding our fleet very simple. We are looking forward to continuing to develop our working relationship together, especially as our business continues to grow,” Gale adds.