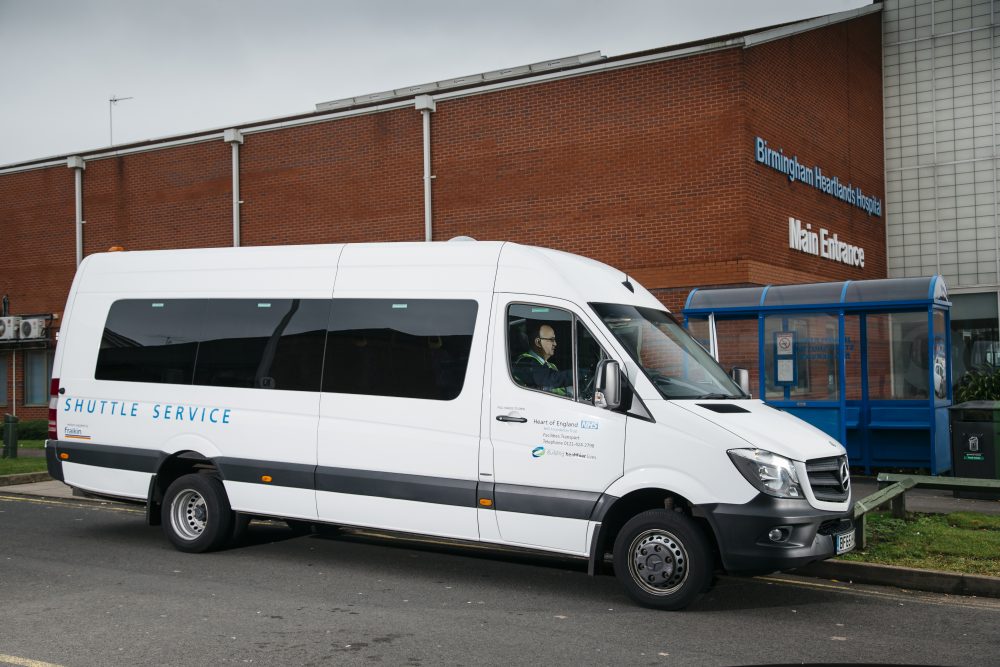 Heart of England NHS Foundation Trust has contracted Fraikin to support its fleet – and is now reaping the rewards of increased uptime, reliability and lower costs.

The Trust has taken on 19 vehicles on a contract hire basis, ranging from small car-derived vans to staff shuttle buses, tippers, Lutons and box bodied trucks. The assets are used for a variety of transport tasks, transporting both staff and patients, hospital food, medical supplies, post / records and waste.

Previously, Heart of England managed its own fleet in-house, but found that switching to contract hire has dramatically cut its costs and improved uptime.

Martin Adams, Transport Manager at Heart of England, says: “We’ve been able to reduce the size of our fleet because we no longer need spare vehicles in case of unplanned downtime. Fraikin can either fix the vehicle at the roadside, or will provide us with a substitute vehicle within an hour so we can get on with the job – so we have the flexibility of a larger fleet without the costs.”

The fleet is supported by Fraikin’s full service management, structured around the Trust’s operational patterns. Previously, maintenance work had to be during office hours, meaning routine work would take a vehicle off the road when it might be needed. Fraikin now carries out maintenance work and inspections at night, eliminating downtime.

All vehicles in the fleet are equipped with Fraikin’s mySmartFleet telematics system, which is offered in conjunction with Masternaut. It allows Adams to keep tabs on where every vehicle is, 24/7. He says: “That’s particularly useful as we have a lot of lone workers – with Fraikin’s telematics, we know exactly where they are so we can ensure they are safe.”

Plans are already afoot to expand the service into yet more diverse vehicles, with Fraikin and the Trust working together to evaluate the feasibility of introducing electric vehicles and charging points at the Trust’s hospital sites.

Adams concludes: “Fraikin’s support through contract hire means we can run a fleet that is far more efficient and cost-effective than if we owned our assets outright. We get a truly first class service that helps our hospitals continue to look after patients with the lowest possible spend.”

Notes to editor: About Fraikin