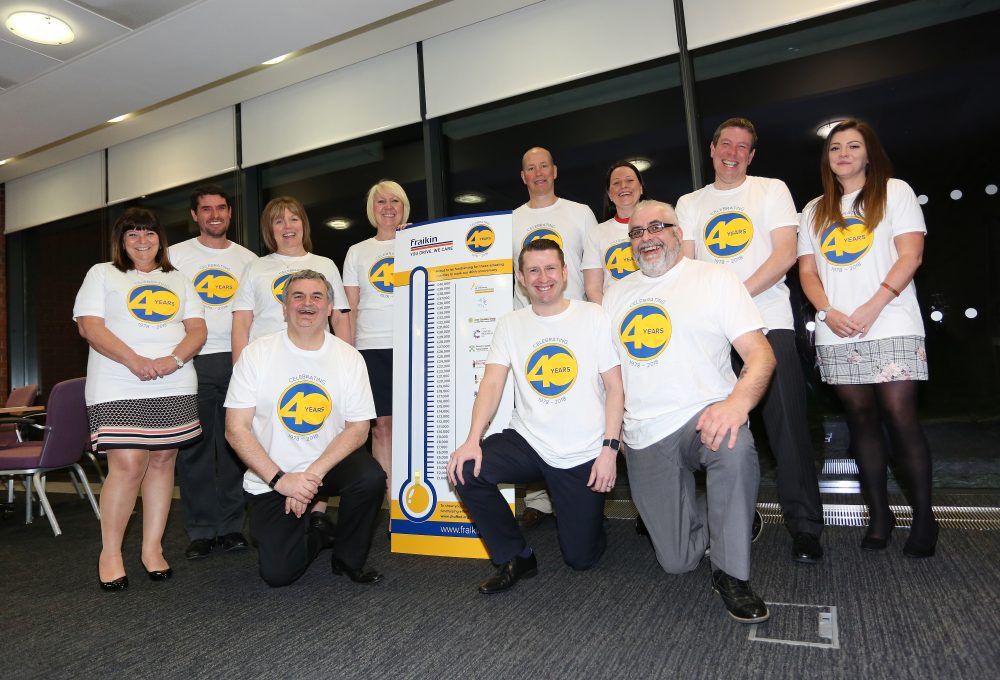 Commercial vehicle fleet services specialist Fraikin is celebrating its 40th anniversary in the UK with a year-long charity campaign aiming to raise at least £40,000 for 13 nominated charities.

Fraikin has planned more than 30 events to take place throughout the year, from simple cake sales and raffles, to a 24-hour Three Peaks Challenge and a cycle tour that aims to visit every Fraikin site across the UK, covering an impressive 750 miles in just six days.

Ed Cowell, CEO at Fraikin UK, says: “We’re extremely proud of our heritage in this industry and wanted to celebrate this major milestone in a way that gives something back to the community.

“The charities have all been chosen by our staff, and whether it’s a huge physical challenge or a local event that everyone can take part in, we’re going to give it our all. 2018 is an extremely important year for Fraikin, and what better way to recognise that than by smashing our fundraising target.”

The money raised will be split between national charities like Cancer Research UK, Help for Heroes and Parkinson’s UK, as well as local causes in Coventry and the Midlands, including the Air Ambulance and Zoe’s Place Baby Hospice. Money will also go towards Team Brit, the competitive motor racing team comprised entirely of drivers with disabilities, of which Fraikin has been an official partner since 2017.

To learn more about Fraikin’s 2018 challenge, and to donate towards its fundraising target, visit www.chuffed.org/project/fraikin-at-40.