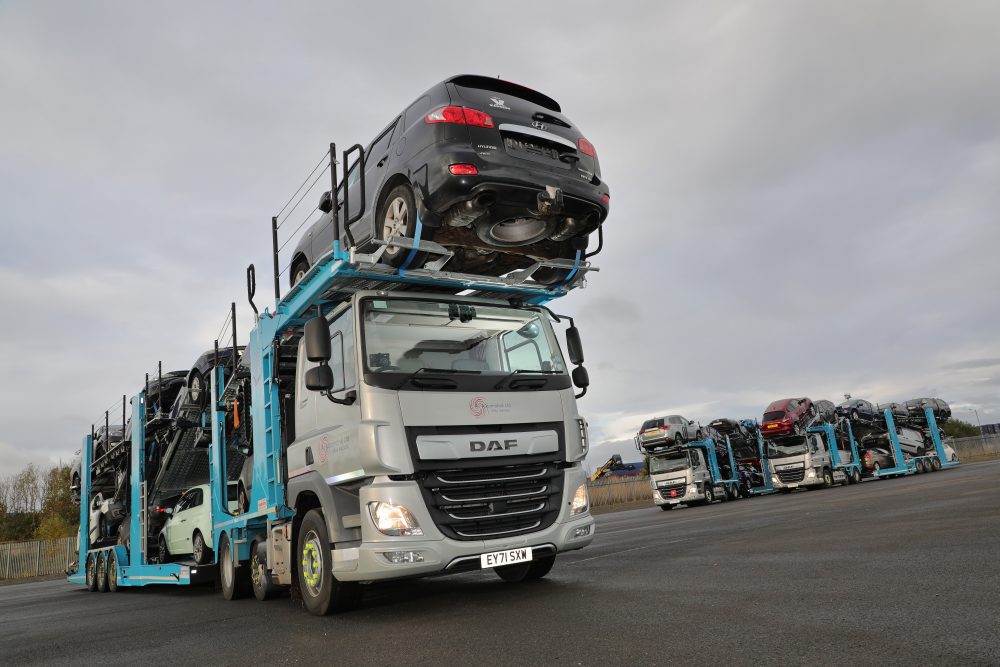 Signalling the firm’s transition away from outright purchase, the six-year deal with Fraikin includes three 44-tonne DAF XF 6×2 tractor units with accompanying trailers from Transporter Engineering. Like-for-like replacements for three older assets in the company’s 80-strong transporter fleet, the new arrivals are each able to carry a maximum of 12 cars.

Ian Carter, Director at A1 Automotive, says: “Before the pandemic, we routinely put down large deposits for new vehicles, but we needed an alternative option that would give us some financial flexibility and provide a clear picture of the cost of each asset over time.

“Fraikin’s contract hire solution was a perfect fit; it has allowed us to add three new transporters to the fleet, with zero disruption to the business and with the added reassurance of consistent cost control.”

Following a glowing recommendation from another operator, Fraikin was A1 Automotive’s first choice, with the new deal including all servicing, maintenance, repairs, road fund licencing, regular safety inspections, annual MOT testing, tyre management and 24/7 roadside assistance – a full-service offering designed to deliver total peace of mind, allowing the company to focus on its core business activities.

“We’ve been aware of Fraikin’s outstanding reputation for many years, and after receiving excellent feedback on its professionalism and support from another business we work closely with, there was no need to look elsewhere. So far, we have been very impressed,” adds Carter.

The new vehicles are expected to be on the road seven days a week, clocking up to 62,000 km per year, moving new, classic or private cars, as well as light commercial vehicles, for a number of major manufacturers and car rental companies across the UK from its bases in Scotland and England.

Established in 1998, the company originally operated as A1 Auto Salvage from its premises in Loanhead, Midlothian. Since then it has expanded significantly, with more than 150 employees and the opening of one of the largest car transport businesses operating across the UK.