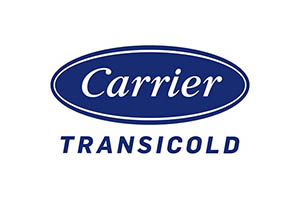 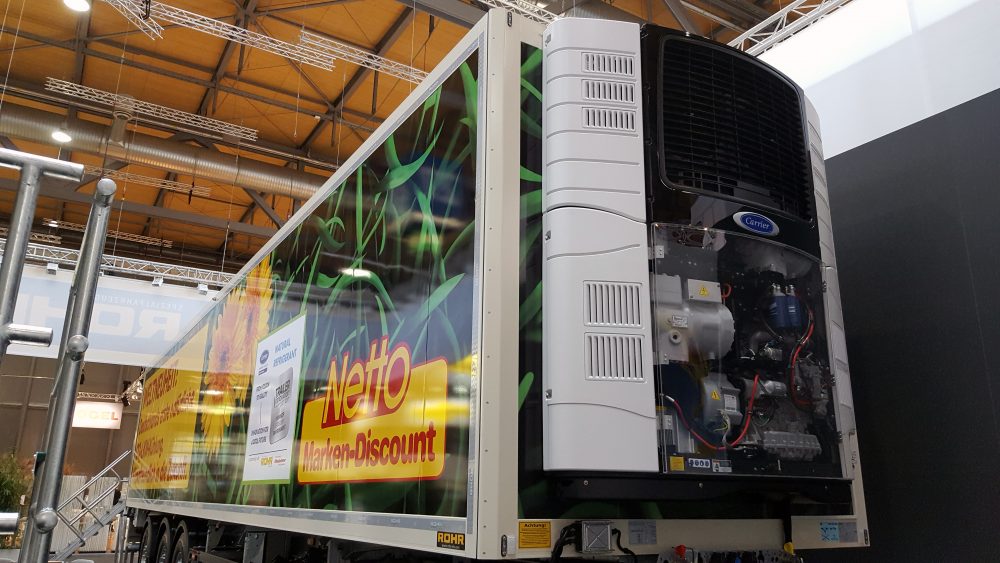 WARRINGTON, England, September 21, 2016 — German retailer Netto Marken-Discount will become the first customer in mainland Europe to take delivery of Carrier Transicold’s prototype natural refrigerant trailer unit. The system – winner of the environment category in the prestigious Trailer Innovation Awards 2017 – is featured on a new trailer, which is being displayed on the Rohr stand in Hall 27 stand F09 and will enter service with the customer following the IAA Show. The unit was delivered to Netto by Carrier Transicold Germany, a part of UTC Climate, Controls & Security, a unit of United Technologies Corp. (NYSE: UTX).

The Trailer Innovation Awards are held bi-annually to encourage innovation in the trailer and bodybuilding industries. The prestigious awards are judged by editors from 14 major commercial vehicle trade publications across Europe, with the environment category award to be presented to Carrier Transicold at the IAA Show on Friday, 23 September 2016. The award follows less than a year after Carrier Transicold won the innovation award for sustainability at the Solutrans trade fair in France, which recognised the company’s pioneering refrigerants strategy.

Netto Marken-Discount, which has one of the largest produce selections among discount stores in Germany, will be testing the unit in a three-year technology field trial.

“Delivering this natural refrigerant trailer prototype into service marks another significant milestone in the development of over-the-road refrigeration using CO ₂ ,” said David Appel, president, Carrier Transicold & Refrigeration Systems. “Our ultimate vision is to see temperature-controlled units running on natural refrigerant in mainstream production. Today, with the support of one of the largest German retailers in the food discount segment, we are another step closer.”

CO ₂ is a safe and non-ozone depleting gas with a global warming potential (GWP) of one, making it the baseline against which all other refrigerants are measured. The GWP of CO ₂ is also lower than other natural refrigerants, such as propane.

“When we heard that Carrier Transicold was developing a natural refrigerant CO ₂ trailer unit, we were eager to get involved,” said Christina Stylianou, head of corporate communication, Netto Marken-Discount. “The delivery of this prototype is a huge step forward for the industry and we are excited about its potential for helping us to achieve our environmental and sustainability targets.”

Netto Marken-Discount has taken a leading position in testing the new Carrier Transicold innovation in the first real-life trial in mainland Europe, with the trailer set to be used for regular store deliveries.

Carrier Transicold helps improve transport and shipping of temperature controlled cargoes with a complete line of equipment and services for refrigerated transport and cold chain visibility. For more than 45 years, Carrier Transicold has been an industry leader, providing customers around the world with advanced, energy-efficient and environmentally sustainable container refrigeration systems and generator sets, direct-drive and diesel truck units, and trailer refrigeration systems. Carrier Transicold is a part of UTC Climate, Controls & Security, a unit of United Technologies Corp., a leading provider to the aerospace and building systems industries worldwide. For more information, visit www.transicold.carrier.com . Follow Carrier on Twitter: @SmartColdChain .